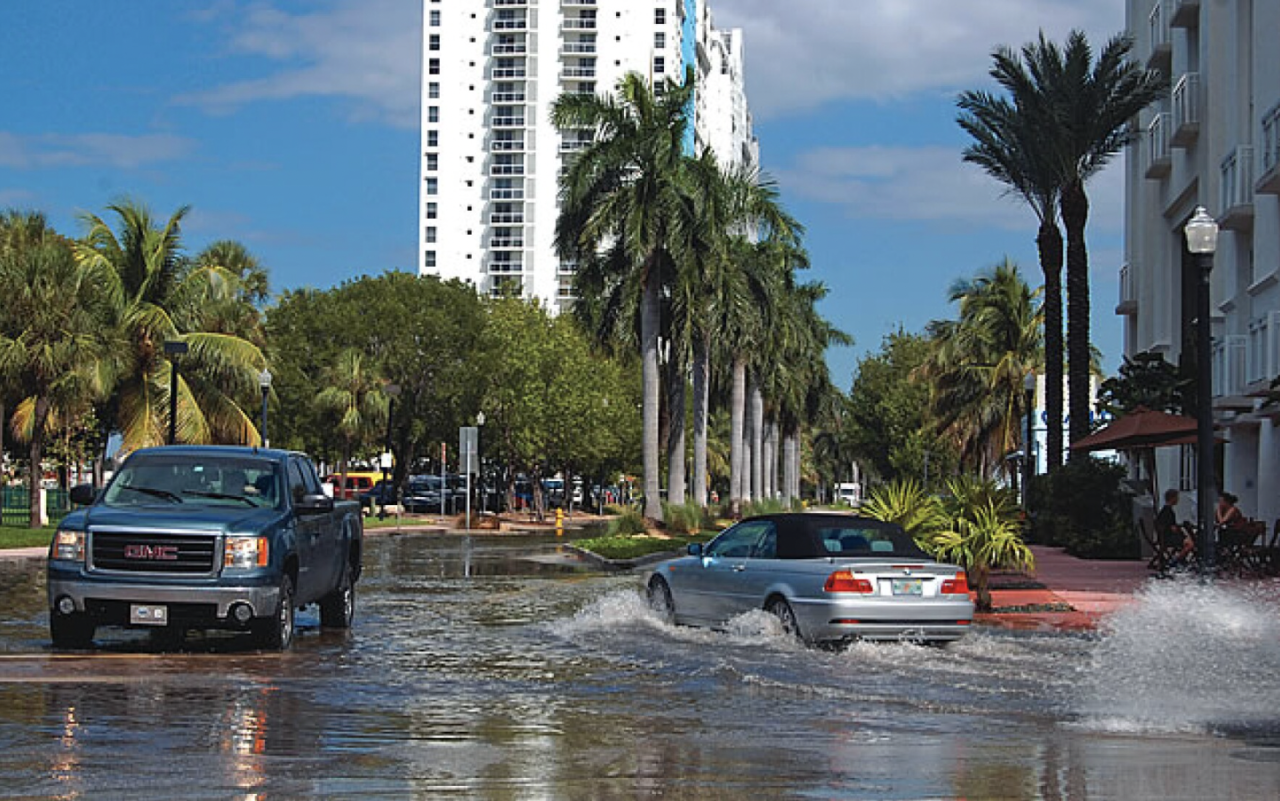 What would it take for the largest employer in Miami-Dade County to reach its goal of switching to 100% clean energy? That’s one of the issues the new sustainability officer for Miami-Dade County Public Schools will tackle, as part of an effort to improve conservation and resiliency efforts in a community on the frontlines of climate change.

The MDCPS school board signed off on creating the new position at a meeting Wednesday. As rising seas and strengthening storms continue to reshape the county, board member Lubby Navarro said the new role will help the district prepare for the decades to come.

“The things we have to do in our buildings to really have a different Miami-Dade County Public Schools — not for us, because we won’t be here — but for the future of this community that is going to be forced to be living green,” Navarro said. “I think about my grandson now as I sit here.”

The creation of the new role comes after the district’s Clean Energy Task Force released a report February urging MDCPS to create a dedicated sustainability department to oversee proposals like electrifying the district’s bus fleet and installing rooftop solar arrays.

While the sustainability officer is currently a standalone role, Superintendent Jose Dotres said the job should be the start of a larger department.

“It’s an individual that will grow a department, someone that will initiate and launch big thinking, organizing, crossing through different bureaus, across the board,” Dotres said.

Board member Luisa Santos said whoever’s hired will have a staggering amount of responsibilities.

“Develop energy conservation and water stewardship plans, build public-private partnerships. It’s on and on and on,” Santos added. “It’s quite an extensive and cross-departmental, cross-agency position.”

The district hopes the sustainability officer will be able to reduce MDCPS’ carbon footprint and find cost savings, by promoting more efficient energy use and building designs as well as securing grants. The position would play a key role in pushing the district towards a clean energy future.

“This position is so critical,” Navarro said. “That person is going to have a monumentous task.”

Among the dozens of other staffers hired and promoted at Wednesday’s meeting was the wife of Superintendent Dotres, Maribel Bruscantini Dotres.

Bruscantini Dotres will serve as the administrative director in the Office of Professional Development & Evaluation. The position pays between $101,335 – $154,000, according to a district salary schedule.

According to reporting by the Miami Herald, Bruscantini Dotres’ hiring does not violate district policy against staffers being directly supervised by a relative, because her immediate supervisor is an assistant superintendent.

A longtime principal at Palm Springs North Elementary School in Hialeah, Bruscantini Dotres left MDCPS to work as an administrator in Collier County Public Schools when her husband became that district’s deputy superintendent in 2021.

According to a district organizational chart, Bruscantini Dotres served as CCPS’s administrative director for teaching and learning.

At Wednesday’s meeting the school board also created a new position charged with boosting enrollment, at a time when districts across the country are losing students. According to MDCPS stats, between the 2017-2018 and 2020-2021 school years, the district lost some 20,000 students.

The newly-created position of student and families’ enrollment officer is meant to try to stem the flow of students leaving for charter, private or homeschool options.

“That one’s going to be bringing in the FTEs,” board member Mari Tere Rojas said, referring to full-time equivalents, a calculation of how many students are enrolled full time that’s used to allocate funding.

“That’s going to equate to funding for our district,” Rojas said.

Rojas says stabilizing the district’s enrollment is critical to its financial future — and ultimately to students’ academic success.

“That to me is crucial because that will equate to what?” she said. “Making sure that we retain, that we recruit … that we reward and we respect teachers who are going to do the job of teaching students.”