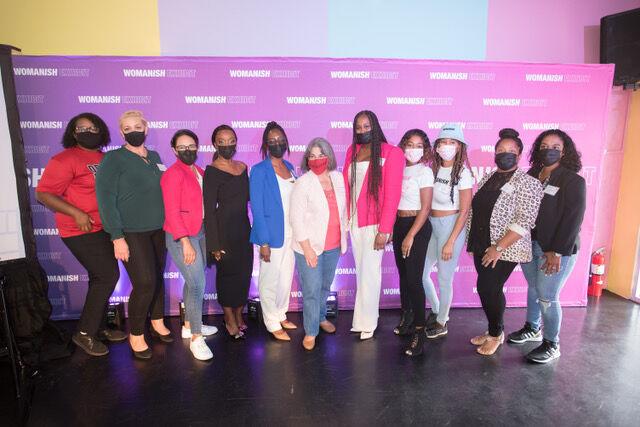 Role models for young people are always important, especially for those who may be uncertain of, or reluctant to express, their dreams. When it comes to the question, “Are girls limited as to what they should envision for themselves?”, the resounding answer Saturday, September 25, 2021, was “Not at all!”

While those words weren’t the precise ones spoken at the Queen Activators Event, a powerhouse of area women leaders was available for more than forty young girls from Homestead and South Dade community organizations. According to a recent press release, “Co-founders of Askcolestars Natalie Rowe & Sharon E.A. Coleman partnered with Dibia DREAM and I’Tita N. Finch, Visionary of Queen Activators & Founder of Act Nation, to create a day of inspiration and empowerment for young mentees called Queen Scholars.” The highly regarded women in business, education, politics, non-profit, and faith-based organizations were brought together to share their own experiences and urge attendees to articulate and reach for whatever future they can imagine.

Miami-Dade County Mayor Daniella Levine Cava, the first woman elected to the position, was among those whose stories resonated with a wide spectrum of possibilities. “The Queen’s Talk panel of women trailblazers included the City of Homestead Councilwoman Jenifer N. Bailey, Miami Dade School Board Member District 9 Luisa Santos, Neidy Hornsby, Esq, Owner of NOIRIP, Juana Jones, Owner of Jali Creatives Marketing, and was moderated by I’Tita N. Finch, Founder of Act Nation.” Although Miami-Dade District 8 Commissioner Danielle Cohen Higgins could not be present, she sent a video to be played for the young women.

“We are grateful that I’Tita N. Finch entrusted us with her program to bring it to life for young scholars and organizations that attended. Our mission is to create collaborations for faith-based, community-based, and government-based organizations and businesses to partner and serve. This partnership went over and beyond and set the tone for what we look to accomplish as we rebrand our company this year,” stated Sharon E.A. Coleman, Askcolestars, co-founder, in the press release.

Dibia Dream, the non-profit organization that has been providing periodic STEM sessions in Homestead among other locations, conducted a STEM activity as part of the program. [Science, Technology, Engineering, and Math]. The event took place in Wynwood within the context of the Chicago-based, “The Womanish Exhibit”, which opened in June. “WOMANISH is more than an exhibit, it’s a movement that celebrates Women’s perspectives. This experience is a culturally-inclusive safe space that provokes imagination, conversation, and change around breaking single-definition stereotypes.”

Homestead Councilwoman Jenifer N. Bailey was also quoted in the press release. “This was such an amazing opportunity to expose students from Homestead, especially in the Southwest, to the art scene in Wynwood. To expose the girls to so many women business owners during National Women’s Small Business Month was powerful!”