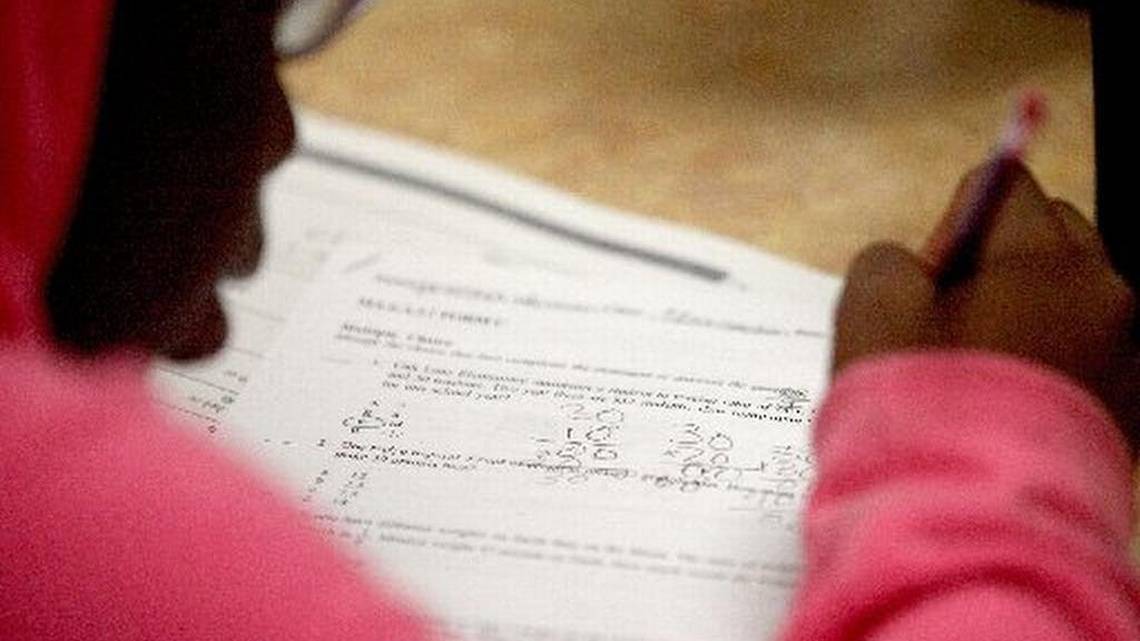 Some School Board members on Wednesday were stunned to learn the stark reality of the district’s achievement gap from a sobering presentation given by administrators in the district’s Office of Academics and Transformation.

The achievement gap is defined as the disparity in academic performance between groups of students. The presentation stemmed from a February proposal to address the matter by School Board Vice Chair Steve Gallon.

The presentation showed multiple charts and data points over time, measuring the period from the 2014-15 school year to 2018-19, the last school year students took the Florida Standards Assessments, the state-mandated standardized test. Students did not take the state tests last year due to the COVID pandemic.

In 2019, just 40 percent of Black students in grades 3 through 10 passed the FSA English language arts exams compared to 61% of Hispanic students and 77 percent of white students.

For the FSA math exam that same year, just 44 percent of Black students in grades 3 through 8 passed compared to 63% of Hispanic students and 78% of white students.

Black students make up 19.2% of the district’s enrollment as the second-largest ethnic group. Hispanic students, the majority, account for 72.6% and white students total 6.4% of enrollment, according to the Florida Department of Education.

“I’m not sure how others are feeling in the room,” she said. “Reading this data, it doesn’t feel good. When we see there are four out of 10 students who are proficient. That means if I walk into a classroom of 20, that means 12 aren’t proficient. That hurts. And I know everyone in this room feels that way. It’s unacceptable.”

Gallon juxtaposed those dismal scores with soaring graduation rates. The graduation rate for Black students in Miami-Dade Schools was 85.6% in the 2019-2020 school year. That rate was 90.3% for Hispanic students and 92.5% for white students. The district’s average was 89.6%.

According to district chief of staff Jose Bueno, students often take FSA exams twice to get a score high enough to graduate. Students can also take the SAT and ACT college exams to get a “concordant score” as another pathway to earn a high school diploma.

Miami-Dade has earned an A grade from the state for 2018 and 2019, though grades are also given based on improvement.

“I hear so much about the positive perception of M-DCPS, but we cannot have these narratives that things are peachy keen,” she said. “While I understand the desire to have positive PR and to paint a good picture, I think it’s very important to… paint an honest picture of this county.”

The report also looked at test scores for science, biology, civics and U.S. history end-of-course exams. The presentation showed other gaps, too: Students who are economically disadvantaged compared to those who aren’t. English language learners compared to native speakers. Gaps between students with disabilities and those without.

Superintendent Alberto Carvalho said administrators, teachers and principals join in the board members’ pain. He said looking at static performance analysis alone would be unfair because it doesn’t reconcile outside factors, also faced by schools nationwide that the school district can’t control, like poverty, parental involvement and access to technology.

School Board member Marta Perez spoke to some of those factors, like student discipline that can disrupt productive classrooms.

“As much as the nine of us want to close the achievement gap, if we do not get the entire community on board, we cannot do it,” she said. “We can’t throw more money on it. We have to engage the community to see the importance of helping our students because every child is a world of possibility.”

Carvalho said the FSA tests are very closely aligned with national tests by the National Assessment of Educational Progress, or NAEP. Carvalho sits on NAEP’s governing board.

He said that while 44% of Miami-Dade’s Black students in grades 3 through 5 passed the English language arts FSA in 2018-19, just 18% of Black fourth graders passed the similar NAEP test nationally.

Also in 2018-19, 39% of Miami-Dade’s Black students in grades 6 through 8 passed the FSA language arts exam, compared to 15% of Black eighth graders nationally.

“The point I’m making is yes, we cannot, we shall not, we have never accepted the position we’ve been in,” Carvalho said. “But we have moved. Not as fast as we need to or we’d like to. That is obvious. But we keep trying new ideas, new approaches, research endorsed approaches,” adding that he trusts the work of his administrators past and present.

Carvalho said: “I am deeply humbled by the comments that we’ve heard. They reflect the anxiety and pain that we live through every single year. I celebrate what our teachers and principals and support staff do.”

previous
Parents concerned about state testing that students must do in person
next
‘For our children’s sake’: Miami Dade schools commit to 100% clean energy by 2030