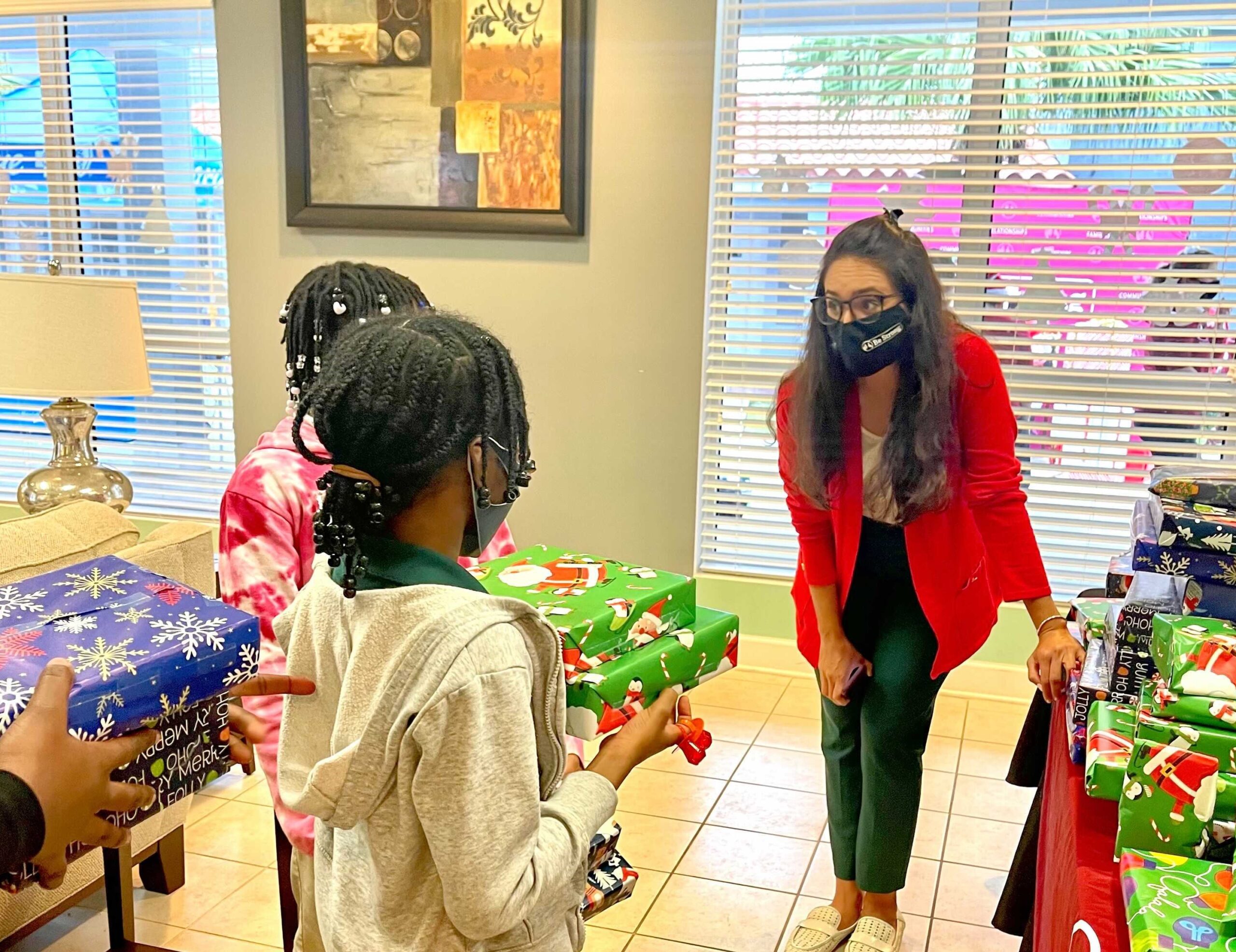 Spreading holiday cheer might not be at the forefront of people’s minds this December.

With a global pandemic and the economic instability and uncertainty it brings, getting into the spirit of the season is proving difficult for some. But that’s exactly what the members of a South Florida nonprofit aimed to do last Friday.

Presents were distributed Dec. 11 to residents of the South Point Crossing Apartments, a Florida City low-income housing development. The community’s leasing office was transformed into the perfect place for a holiday party: Decorations, music, snacks and even Santa were on hand. Residents came down from their apartments one family at a time. After collecting their gifts and taking pictures with Santa, every child had a smile on their face.

Selena Stanley for The Miami Times

The organization’s goal is to help struggling families make better decisions, through workshops and other educational resources. Its work has continued throughout the pandemic, according to Shirley.

“The parents at South Point did need the workshops because their kids were home. Everyone’s struggling with being a home school parent, and still trying to work or just figure out life,” she said.

After working so closely with the community, the organization thought to take it a step further for the upcoming holiday season.

“We just felt like the toy drive would be an extra blessing,” Shirley said. “A lot of the parents are not working. I don’t know how they would make Christmas bright for their kids.”

Gifts were collected from several local businesses, including Five Below, TD Bank, and Florida Blue. Be Strong International staff made sure there was an even distribution of appropriate toys for children from ages birth to 13. Donations included books, action figures, stuffed animals, gift cards and craft sets.

Other partners donated their time, in addition to the toys.

“I have been following Be Strong’s involvement in our community for a long time,” Santos said. “Today I’m very happy to be able to support them in this incredible endeavor of bringing joy and celebration to our families, especially this year.”

“The COVID pandemic has created a feeling of isolation amongst all of us,” he said. “Events like this allow us to remind ourselves that, although we may be physically constrained, our intellectual capacities are there to create moments that will always be remembered.”

Be Strong International’s partners and volunteers were all bright and cheery throughout the event. Everyone was energetic and engaged when handing out toys, taking photos and playing with the children.

“Even though we’re not a faith-based organization, everyone here really understands the impact we’re making. It’s bigger than us,” said Ebonie Gilbert, a Be Strong International staffer.

Although this was the organization’s first toy drive, the group’s leader said it probably won’t be their last.